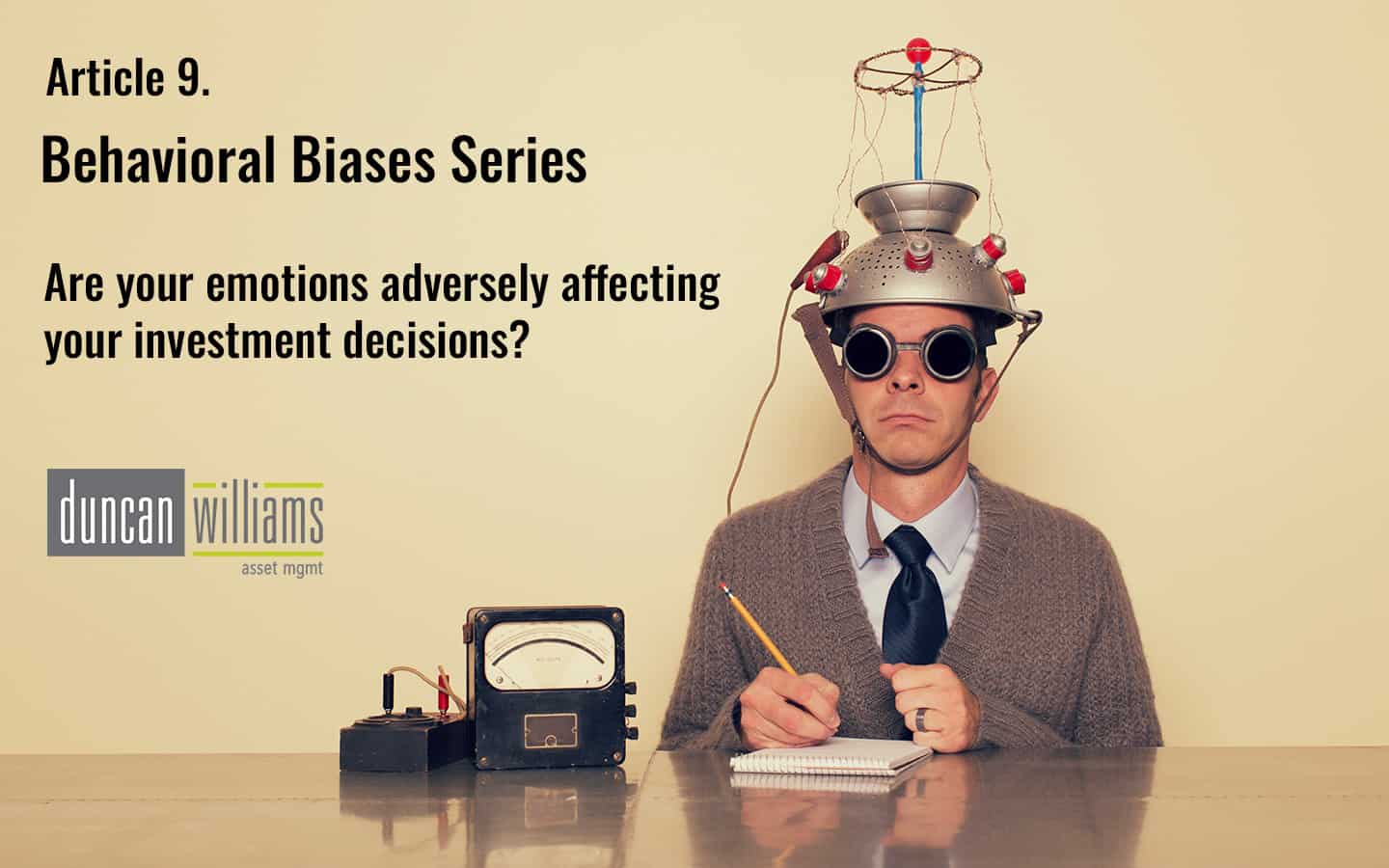 This week we are going to examine what is known as Anchoring and Adjustment Bias.

When negotiating the price of an item we are often swayed when we feel we’re getting a bargain. Make sure to consider if the price is actually reasonable for that item or if you have perceived the value based against the original price.

According to Michael M. Pompian, author of Behavioral Finance and Wealth Management

“Investors exhibiting this bias are often influenced by purchase “points”—or arbitrary price levels or price indexes—and tend to cling to these numbers when facing questions like “Should I buy or sell this security?” or “Is the market overvalued or undervalued right now?”

Pompian goes on to say how Anchoring and adjustment bias can cause investor mistakes: