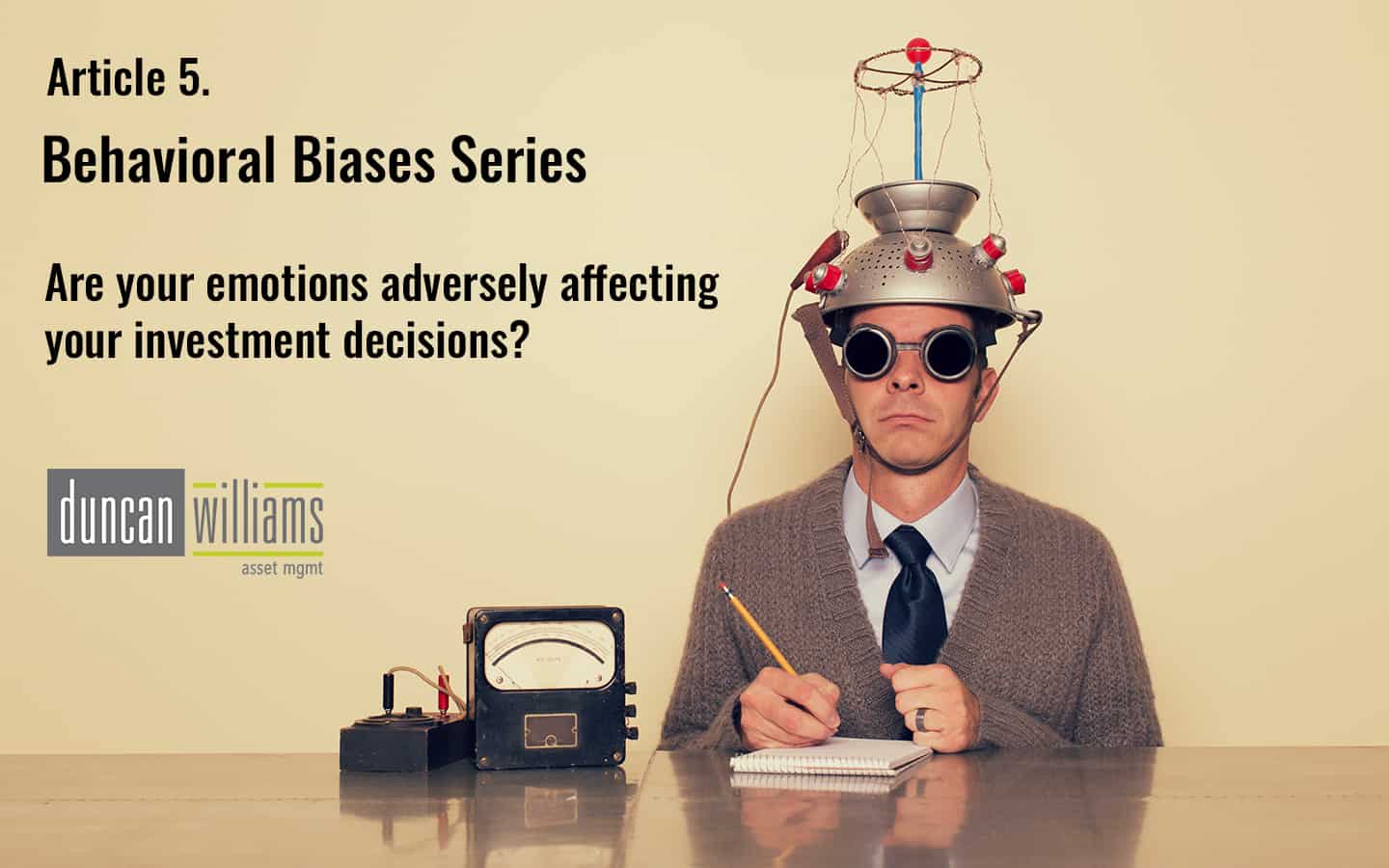 This week we are going to take a look at what is called Confirmation Bias. According to an article in Psychology Today by Shahram Heshmat Ph.D., “Confirmation bias occurs from the direct influence of desire on beliefs. When people would like a certain idea/concept to be true, they end up believing it to be true. They are motivated by wishful thinking. This error leads the individual to stop gathering information when the evidence gathered so far confirms the views (prejudices) one would like to be true.”

According to Michael M. Pompian, author of Behavioral Finance and Wealth Management “the effects of confirmation bias can be observed almost daily. Investors often fail to acknowledge anything negative about investments they've just made, even when substantial evidence begins to argue against these investments.” Pompian goes on to identify 4 behaviors that can cause investment mistakes.