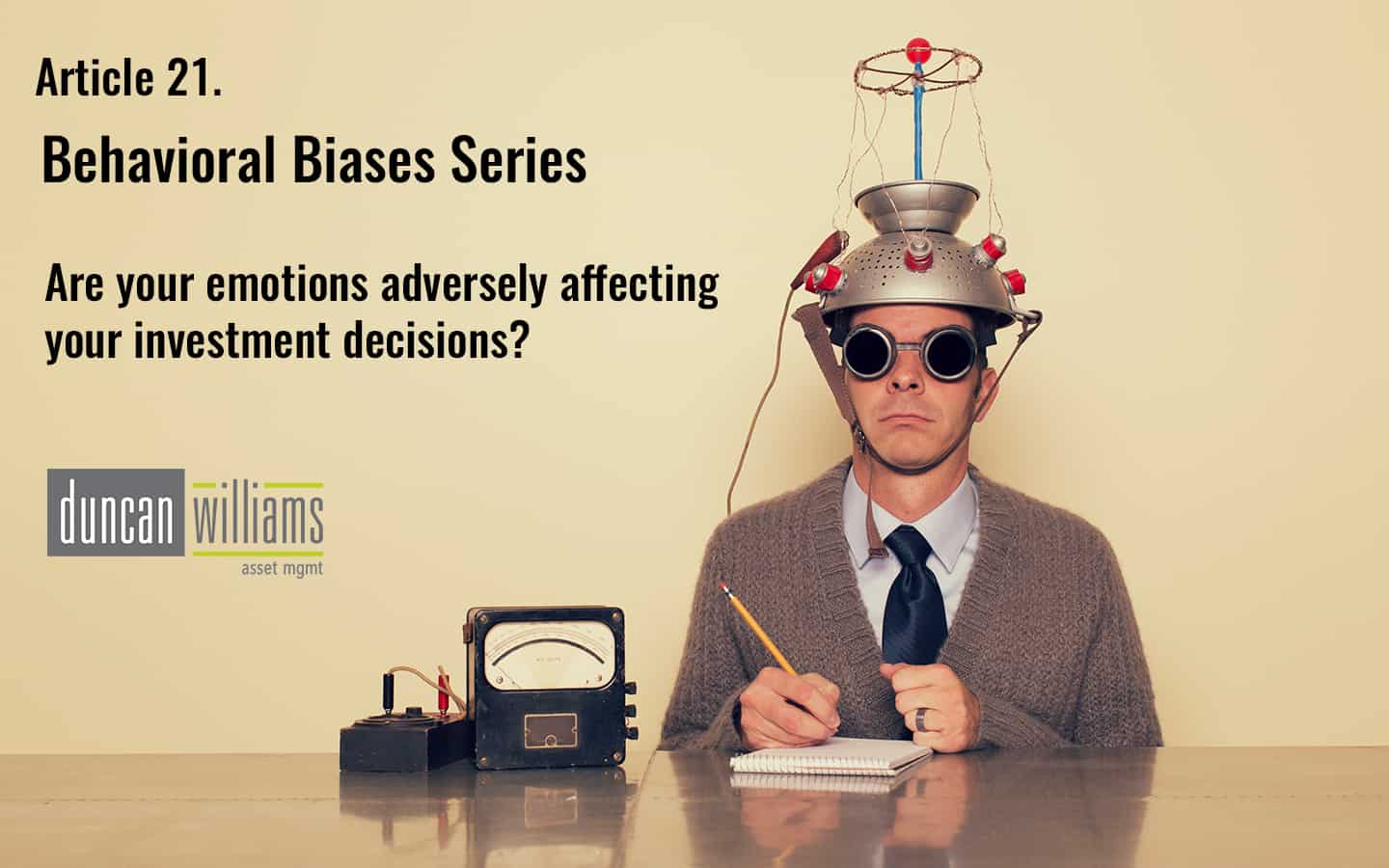 According to an article published in Seeking Alpha, Regret Aversion “refers to the idea that investors fail to make decisions or take action because of the fear that they will regret it in the future. This bias is closely tied to errors of omission, where an error is made because no action was taken. Warren Buffett claims that some of his biggest mistakes in investments were errors of omission. The simplest explanation for this bias is that no one wants to be responsible for bad decisions.

Harry Markowitz, a Nobel Prize winner, has expressed regret-aversion bias by allocating 50% of his investments to bonds and 50% to stocks. He backed this allocation by saying:

"I visualized my grief if the stock market went way up and I wasn't on it - or it went way down and I was completely in it. My intention was to minimize my future regret."

Regret aversion can be costly to investors. On one side, investors might avoid the stock market after seeing a sharp decline (as it happened during the first weeks of 2016). In reality, when the fundamentals of a company are very strong, depressed stock prices are less risky than high stock prices. On the other hand, investors might hang onto a stock with poor fundamentals because of the regret of missing out on the recovery.

In a research study about the behavior of institutional investors in the Tehran Stock Exchange, regret aversion was found responsible for both the avoidance of selling losing stock and quickly selling fundamentally solid stocks. The former was probably due to fear of missing out in the recovery. The latter was probably due to fear of seeing their gains disappear after a market downturn.

The first step is to be aware of the natural regret-aversion behavior and be willing to take responsibility. Being aware of the bias is key. The next step is to quantify risk and return prospects. By performing fundamental research, or buying research from reliable sources, investors can avoid making uninformed decisions. Either avoiding selling a stock too quickly or hold onto sure losers, the time and money spent can be well worth it when investing for retirement.

Lastly, in order to avoid selling quickly a potential winner, or in order to avoid holding onto to losers, it is good to have a game plan. One way of having a game plan is to build fundamental analysis under different scenarios. As the famous investor Peter Lynch said: "Know what you own, and why you own it"