For constant success, you must change with the times 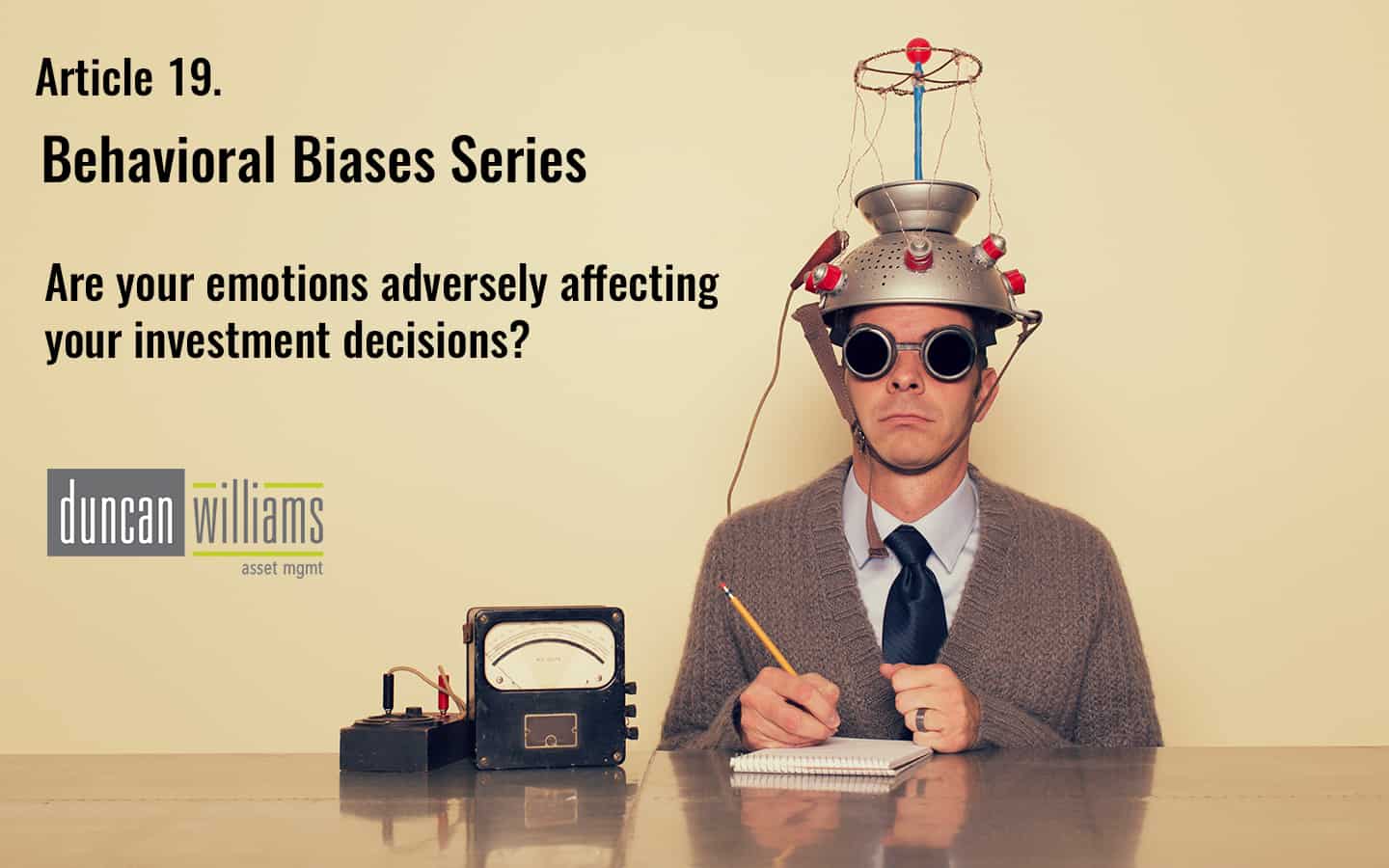 This week we are going to examine what is known as Status quo bias.

According to Michael M. Pompian, author of Behavioral Finance and Wealth Management, “Simply put, Status quo bias, a term coined by William Samuelson and Richard Zeckhauser in 1988, is an emotional bias that predisposes people facing an array of choice options to elect whatever option ratifies or extends the existing condition (i.e., the “status quo”) in lieu of alternative options that might bring about change. In other words, status quo bias operates in people who prefer for things to stay relatively the same.”

So how can Status quo bias impact investors? Pompian list the following four mistakes investors can make with this bias.