The Costs of Eating Out 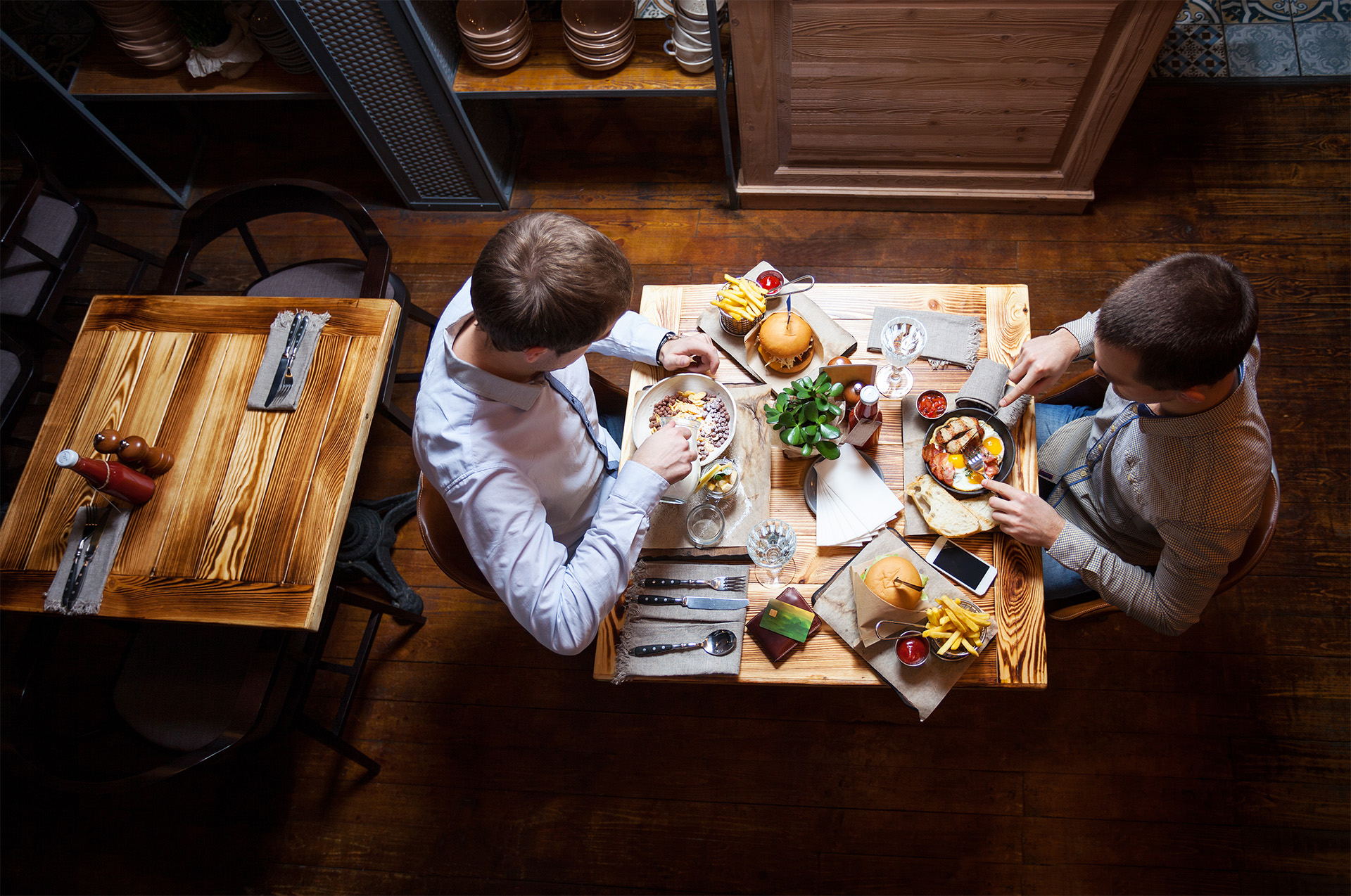 In 2019, during the COVID-19 pandemic, I primarily stayed at home to avoid sickness. As a result, I was consuming less food because I just ate what was already in the refrigerator rather than going out to lunch. That year, my doctor said that I was one of her few patients who lost weight during the pandemic. Fast forward to 2022, when I resumed work and started going out for lunch again. Two weeks after returning to the office, my doctor told me that I had gained 8 pounds--in two weeks! Not only did weight gain reoccur, but I was spending $400 on lunch a month! And every time I went to my favorite diner, I would see signs that read, “If you really liked us, you would eat more.” Obviously, I complied!

And then I came upon an article titled “How much Is Eating Out At Restaurants Really Costing you?” According to the article: About one in five Americans visit a fast-food restaurant at least once a week, and more than seven in 10 Americans eat lunch at a fast-food restaurant. All told, Americans are eating meals out, on average, five times a week. And that convenience comes with some serious costs.

The USDA’s Center for Nutrition Policy and Promotion reviewed research examining the correlation between eating out – especially at fast-food restaurants – and weight gain. It found that fast-food intake directly correlates to weight gain in children, even if they only eat out once a week. In adults, one study showed that eating fast food more than once a week resulted in increased BMI. BMI, or body mass index, measures whether you’re underweight, overweight, or within medically acceptable weight parameters. Other studies also show a correlation between eating out and weight gain.

These findings are especially concerning against the backdrop of America’s continued obesity epidemic. About 90 million U.S. adults, or roughly 40% or the population, are obese, according to the Centers for Disease Control and Prevention. Any adult with a BMI between 25 and 30 is overweight, and more than 30 is considered obese. Nearly 14 million children between the ages of 2 and 19, or 18.5% of the population, are obese.

Being obese also costs a lot of money. Those with obesity spend more money on health care than those who are not obese – an average of $1,429 more per person per year.

There’s also the sheer cost of eating out itself. The average U.S. household spends $3,000 per year eating out, according to BLS statistics reported by Business Insider. The numbers fluctuate significantly by age group, however. Generation X, or those between the ages of 35 and 44, spend $4,249 per household per year. Those in the 45-to-54 age bracket spend slightly less, at $4,157.

Why Eating Out Is So Bad for Us

Most of the medical studies connecting eating out with weight gain look at fast food. But fast food isn’t the only culprit. Mid-priced and fine dining restaurants can also help you add pounds. Here’s why.

How restaurants prepare foods has a significant impact on how healthy those foods are. Fried foods add calories, as do the heavy creams and sauces dousing certain foods. Even vegetables can be made unhealthy by adding butter and salt; sure, it tastes good, but there goes all the nutritional value. The same goes for fish; a nice piece of salmon with lemon becomes calorie hell if you add hollandaise to it.

The sheer size of our meals has also changed dramatically over the last 20 years. Some of this has to do with plate size. Plates and portions today are enormous by historical standards. In the 1960s, the average plate size was 7 to 9 inches in diameter. Today, dinner plates are 11 to 12 inches in diameter. The larger the plate, the more you can put on it.

The National Heart, Lung, and Blood Institute’s “Portion Distortion” page outlines how meals have changed over the last 20 years. Here are some of its findings:

Again, this isn’t limited to fast foods. There are plenty of meals at sit-down restaurants that break the calorie bank in one sitting.

Texas Roadhouse has a 16-ounce prime rib meal that’s 1,570 calories without sides. Add a Caesar salad and a baked sweet potato loaded with marshmallows and caramel sauce, and you’re at 2,820 calories.

The Dickie’s Barbecue Pit three-meat plate has a mouth-watering combo of beef brisket, polish sausage, and pork ribs with two sides. Add some ice cream for dessert, and you’re at 2,500 calories.

Even at fine dining establishments, the calories add up. Steakhouses offer sauces, such as hollandaise, that add hundreds of calories to a meal. A steak without any sides clocks in at over 1,000 calories unless you order the smallest fillet on the menu. By the time you add sides, you’ve blown your daily calorie count in one meal.

It’s not realistic to think that people won’t ever eat out. Between birthdays, Valentine’s Day, graduations, and other occasions, there’s always a reason to eat out from time to time. And there’s nothing wrong with that. The key is figuring out a balance between eating out and eating out too much.

Eating at home will help your diet and your weight. You’ll know what you’re putting in your body, and you can avoid fat, sodium, and other byproducts that aren’t the best for you. You can use the money you save by cooking at home to pay down debt or add to your retirement savings. Plus, cooking is great family time, especially in an era when we’re working longer hours with longer commutes. You’ll build a lifetime of memories with your family, just as I have with my grandmother.

And, when you become debt free, you can celebrate with a nice meal.

How often do you eat out?

Over a quarter of the U.S. food dollar is spent on eating-out services

For a typical dollar spent in 2020 by U.S. consumers on domestically produced food, including both grocery store and eating-out purchases, 27.9 cents went to foodservice establishments such as restaurants and other eating-out places. The foodservice share of the food dollar decreased after 9 years of gains as households shifted to food-at-home consumption during the first year of the COVID-19 pandemic. For the remainder of the food dollar, transportation (4.1 cents) and wholesale trade (11.9 cents) rose to their highest shares reported in the series, which provides statistics back to 1993. 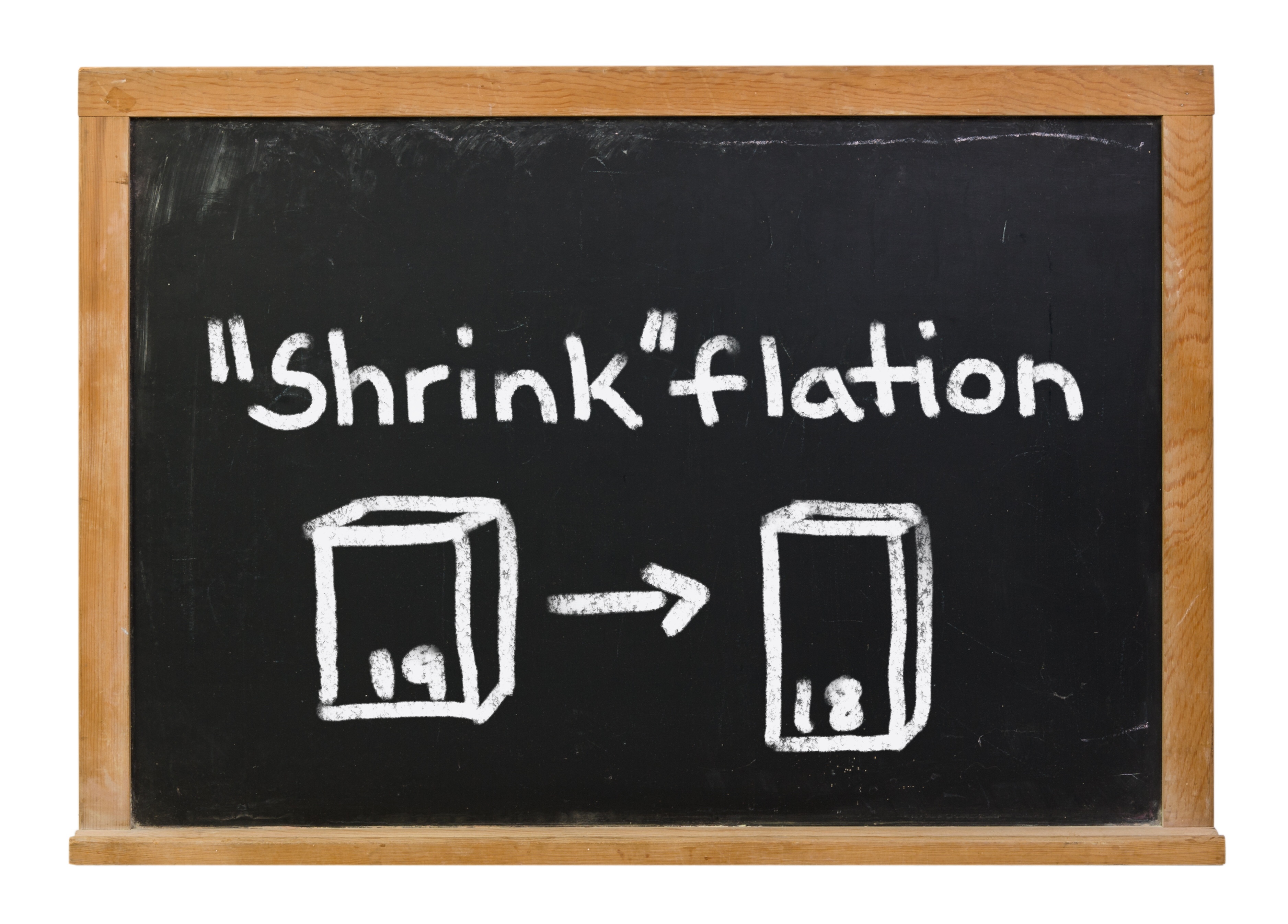 Shrinkflation: The Silent Economic Threat That's Affecting Your Everyday Life When the price of anything rises, that means the value of that item has decreased. Shrinking prices are just that: the price of something is decreasing. These two phenomena can be difficult to tell apart, but they are very much connected. Shrinking prices are the result of inflation. The price of something is rising so it makes sense that you would pay more for it over time. So, how can you tell that you’re seeing the effects of shrinking prices instead of just seeing a natural rise in prices? Here are some of the most common signs. 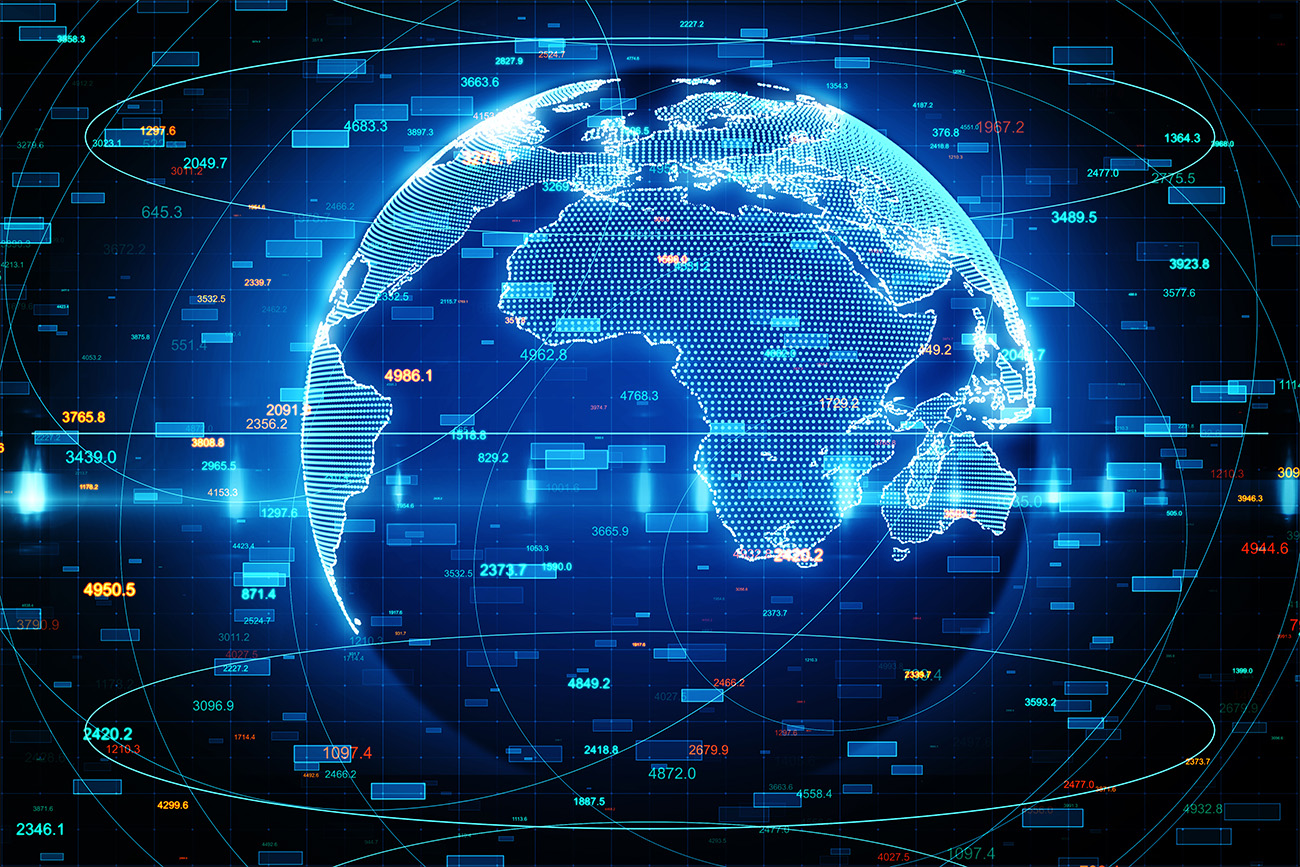 Why Invest in International?

Since 2007 international stocks have lagged the returns of U.S. stocks. So, are global stocks worth investing in if they have not generated superior returns to U.S. stocks in recent years? After all, by investing in international U.S. stocks, wouldn't I get enough exposure to global economies? To answer these questions, we must discuss the potential gains from diversification. 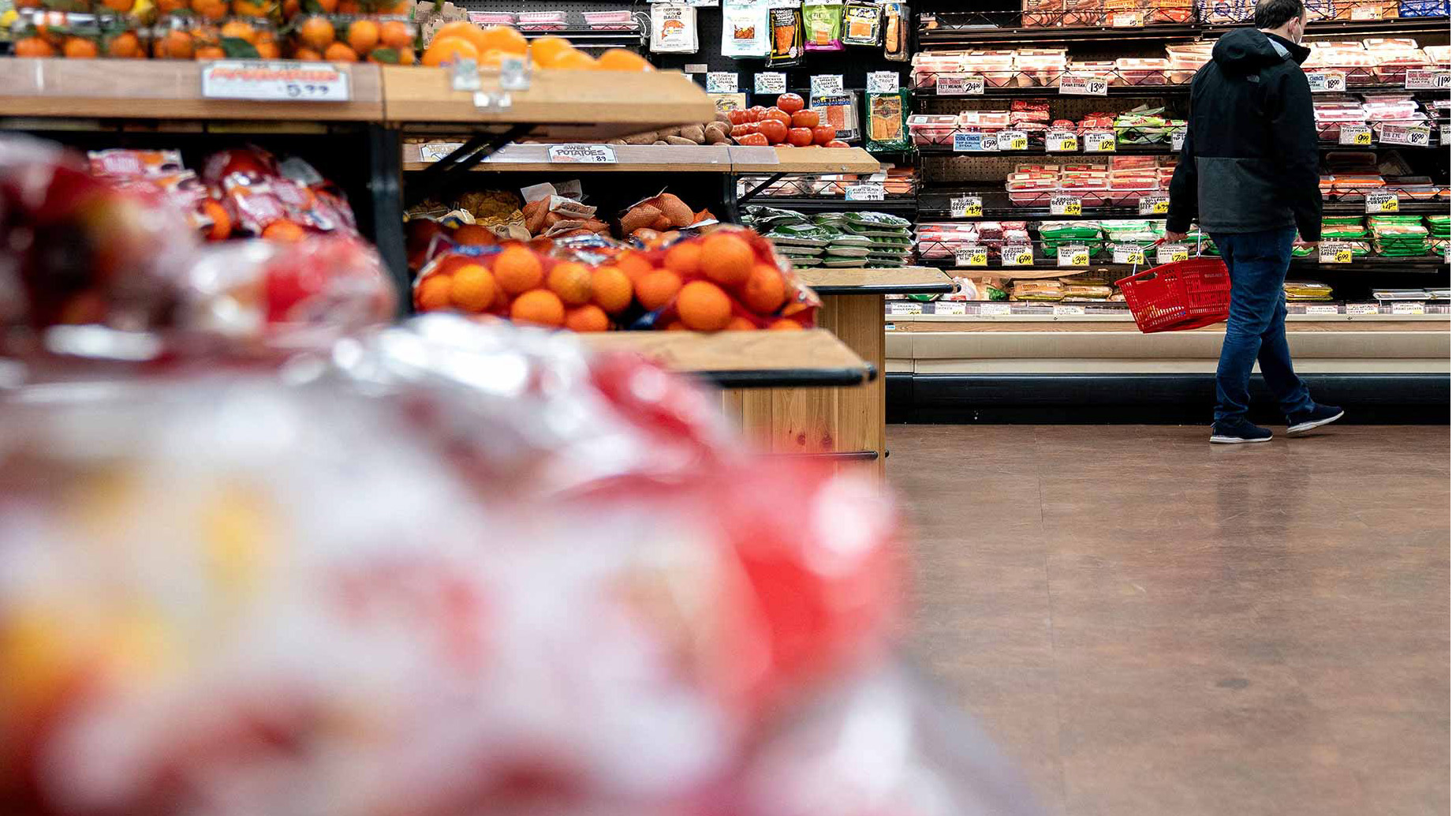 STORY HIGHLIGHTS 17% name inflation as nation's most important problem; 4% cite gas prices Mentions of the coronavirus as top problem are lowest of the pandemic Six in 10 worry a great deal about inflation, leading most other issues